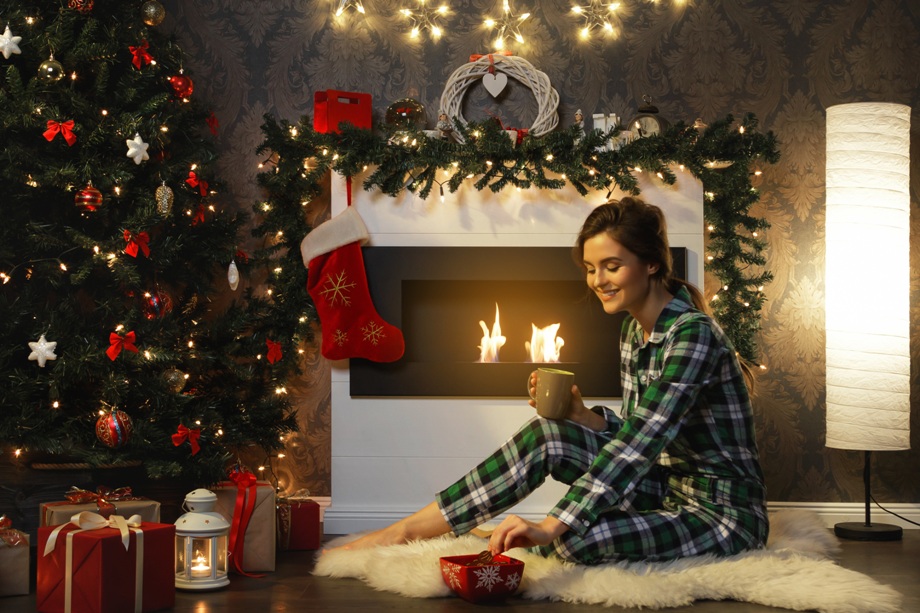 Passing round the chocolate box assortments while watching the big afternoon film on TV! It’s one of the great Christmas Day traditions that’s still as popular as ever. Even in in the age of digital streaming on smartphone and tablet – or boxset bingeing on your own TV in the bedroom!

And just like choosing what you want to watch at any time, there’s also no limit to when you can enjoy your favourite chocolate treat on the big day itself, whether its truffles, liquors or marzipan! In fact, a recent UK survey of more than 2,000 people reveals that having chocolate for breakfast is the UK’s “favourite thing to do” over the festive holidays.

Whether you also look forward to starting the day with your favourite chocolate drink or not, the tradition of eating chocolate during a religious holiday or celebration has no bounds! It can be found in many cultures around the world.

Did you know, for example, that chocolate sauce is layered on top of turkey in Mexico? Known as a Mole, and often referred to as the Mexican national dish, the tradition is said to have started when convent nuns who needed to honour a visiting bishop created a chocolate sauce from their meagre kitchen ingredients to add to a turkey. Generally, a Mole sauce contains fruit, chili pepper, nuts and spices such as, black pepper, cinnamon and cumin – together with chocolate.

In popular Italian folklore, an old woman known as ‘Befana’ is believed to visit children on the eve of Epiphany (January 5th) – and just like St Nicholas or Santa Claus – will fill the children’s socks with a chocolate candy present, but only if they are good, otherwise she leaves a lump of coal instead!

The European tradition of giving chocolate at Christmas is generally thought to be traced back to St Nicholas who was born around 280 A.D and became the bishop of Myra – now the town of Demra in Antalya Province of Southern Turkey.

The subject of many legends because of his piety and kindness to children, St Nicholas was also humble and shy. He wanted to give money to the poor children of Myra but in secret! So one night he climbed onto a roof and threw a purse of money down a chimney, which landed in a pair of stockings that a little girl had hung up to dry. Every year after that, Saint Nicholas would keep secretly giving money to the children of Myra. Today, the tradition lives on in the giving of chocolate coins.

Another way that chocolate found its way into a popular Christmas tradition for children is the Advent calendar, which counts the days till Christmas day itself…

Advent calendar and the ‘outer limits’

The custom of counting down advent dates back to the 5th century but was actually a period before Christmas where Christian monks would fast. Advent officially begins on the fourth Sunday before Christmas, but today tends to start from 1 December. The modern advent is thought to have originated in Germany in the mid-1900s when a chalk line was drawn on the door or a new candle lit each day. Today, a typical calendar consists of a large, rectangular cardboard box with 24 windows, each containing small chocolate treats.

While the tradition is to eat one chocolate treat a day from 1 December through to 24 December, it’s not surprising to find that some people cannot resist the temptation to explore the outer limits of chocolate feasting indulgence. Did you know that eating Advent calendar chocolate is now a competitive sport. In one recent contest held in the US, the winner consumed all 24 chocolates, one by one, in a truly lip-smacking time of 1 min 27 secs.

Of course, the approach to eating quality luxury chocolates at Christmas – or to mark any other special occasion – belongs to the slow and leisurely exploration of superior subtle taste. The production of the fine Leonidas Belgian chocolate made only from 100 per cent cocoa butter is itself a 100 year old tradition that began at the 1910 World Fair in Brussels.

Whether a wondrous stocking filler honouring the tradition of St Nicholas or an irresistible, non-stop extravaganza of sensory gratification, only the best Belgian chocolate will do.

It’s the best Christmas tradition of all!